For as long as I’ve been alive and for far longer than that, the United States has prided itself on being a champion of not only its people, but of all people. That’s the premise upon which it was founded and subsequently flourished. It doesn’t confine this worldview to the land within its borders — instead, it believes it is just that: universal. It regularly implores world leaders to adopt the democratic, egalitarian values it subscribes to and sometimes, when it feels those tenets are violated to an egregious extent, it intervenes to set things as it believes it should be. But it doesn’t always seem to. So how does America choose which humanitarian initiatives to get involved in and which to not?

Among the humanitarian crises currently unfolding, two are particularly salient to the American consciousness.

Lord’s Resistance Army. Popularized in 2012 through the powerful YouTube video “KONY 2012”, Joseph Kony’s Lord’s Resistance Army (LRA) has been maiming, mutilating, abducting, and murdering people of Central Africa since the 1980’s. In recent years, the U.S. has committed a small but potent special forces unit to Central Africa to assist the Ugandan People’s Defense Force (UPDF) in pursuit of the LRA. And earlier this year, after the trail in the Central African Republic (CAR) went cold due to a military coup resulting in the banning of U.S. and UPDF forces from continuing their ground pursuit, the White House announced a $US 5 million reward for information leading to the arrest of each of the three top members of the LRA.

The question is: why did the United States do that? The LRA neither posed an immediate threat to Americans nor an implicit threat through its association with other, more Western-minded threat groups. The regional dynamics of Central Africa (Uganda, CAR, South Sudan, and the Democratic Republic of the Congo) were, by and large, minimally related to American interests compared to elsewhere in the world. It would appear, then, that this was true American altruism, that this was an example of the United States living up to its ideals, that this was America putting its own consideration aside in order to help beleaguered foreigners under attack.

But maybe there was more to it than that. Last spring, during the height of the KONY 2012 craze, leftist pundit Bill Maher predicted that President Obama would latch onto the Kony issue and catch the warlord just before the fall elections. Maher predicted this would be the “October Surprise” that would capture the youth vote and catapult him to a second term. Maher had a point. Just as there wasn’t a clear reason for the U.S. to get involved in the Kony manhunt, there wasn’t much of a reason not to. The contribution of 100 members of the armed forces and a promise of up to $15 million was a drop in the bucket and a sound political investment for camp Obama. Had Kony been caught, Maher’s prediction may have very well been realized. It’s therefore hard to ignore political convenience as a primary motivation of U.S. involvement in Central Africa.

Syria. The other big issue is the Syrian crises, an unfortunate, mutated offshoot of the 2011 Arab Spring movement. The conflict arose when the Syrian people attempted to depose their President, Bashar al-Assad, who pushed back and is not going down without a tremendous fight. Conditions in Syria are abhorrent. The civilian death pool is in the high-five digits and 1.6 million people have been displaced from their homes in the country over the past two years. And yet, the U.S. remains conspicuously absent. Why? 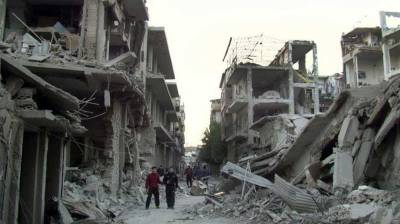 Obama had said in 2012 that if the Syrian regime used chemical weapons on its own people it would cross a “red line” and force the U.S. to intervene. Evidence has emerged suggesting Assad has done just that, but the White House has backed off its bellicose absolutism and muddled its stance quite a bit (drawing harsh criticism from the war-hawking, American right wing).

What’s changed since last summer that’s kept America on the sidelines? The answer: the identity of the rebels, and in turn, the political implications of American involvement. When Obama made his “red line” declaration last August, ‘the Syrian rebels’ were perceived to be equivalent to ‘the Syrian people.’ As the conflict protracted, it undertook a proxy-war identity with far-ranging implications in the Middle East, and attracted the attention of other armed groups from around the region. Problematically for the U.S., the Syrian rebels came to be substantially abetted by Jabhat Al-Nusra warriors, a Sunni front who themselves swear allegiance to Al Qaeda. So unlike in August 2012, the U.S. is now presented with an extraordinary dilemma: uphold its earlier threat, and its humanitarian ideals, by assisting in the deposition of Assad, but in so doing fight alongside Al Qaeda, or maintain its inactivity and allow one of the worst humanitarian crises on our planet to mercilessly persist.

At present, the U.S. seems frozen in place and without answers. But what is certain is that to date, it has allowed a genocide to develop as it has stood idly by, forsaking its immutable creed of universal compassion, in order to avoid stepping out on an uber-tenuous political limb.

The suggestion that U.S. international humanitarian efforts are selectively enacted based on domestic politics is nothing new. But it calls into question our very essence as a nation. Can we claim to be an unwavering ambassador of freedom, justice and equality for all if we conveniently look the other way in certain, politically expedient instances? Do our behavioral inconsistencies represent a failing of our elected leadership or does blame trickle down to the American public? Are these actions aptly characterized as failings or are they merely shrewd calculations undertaken to maintain our preservation and well-being, decisions to which we should tip our caps? Should it even be our role to stick our noses in other countries’ affairs in the first place? Just because we uphold certain values that seem patent and universal to us, should we impose them on those who, by their actions, don’t seem to agree (see another Applied Sentience post on Cultural Relativism)?

I’m not sure I can answer those questions, but I don’t think I or anyone else should have to. Instead, I think the fact that those question are posed is a problem unto itself. Arguably, no other nation on Earth has been burdened with such expectations of world policing — much less willingly adopted them — so it would seem to follow that, despite America’s eagerness to undertake such responsibility, it doesn’t actually deserve to have it.

If American leaders refrained from trumpeting the United States’ standing as a pillar of moral rectitude so incandescent that its aura is capable of elevating world conditions, they would alleviate the pressure to answer to unrealistic ideals. But will America ever abandon its superhero complex? In the short term, that’s unlikely. To do so would be to accept a complacency that grinds so vigorously against the American elitism, egocentrism and jingoism that pervades our modern culture despite evidence that America is not, in fact, the most moral, humanitarian, capable nation on Earth.

And so the US seems destined to go on juking and diving, dancing to and fro on a case-by-case basis, and equivocating and rationalizing its way through a torrent of self-imposed criticism and attention so it can continue to masquerade as world savior. Get real, America. We have major problems at home — major humanitarian problems, at that. Over the past decade, we have lost more citizens to gun violence in Chicago than to the war in Afghanistan; one-quarter of our country is in poverty and has nothing saved for retirement; too many of us are in poor health and in danger of meeting a premature end.

If we’re ever to be taken seriously as a moral compass worthy of world emulation, it is imperative that we demonstrate we can keep our house in order first.

NOTE: After this entry was completed, the U.S. announced its confidence in the claims that Assad used chemical weapons on the rebels and, as a result, intends to amplify the “scale and scope” of its assistance to the Syrian rebels. The situation should continue to develop in the coming weeks.