Check out this classic essay by the great African-American scholar and writer W.E.B. Du Bois, entitled “Of Our Spiritual Strivings”. It’s the essay that engendered the concept of Double Consciousness, an idea that pervades the study of race in the United States to this day. Double consciousness is the idea that to be a member of a minority in the United States is to be perpetually aware of two different identities:

It is a peculiar sensation, this double-consciousness, this sense of always looking at one’s self through the eyes of others, of measuring one’s soul by the tape of a world that looks on in amused contempt and pity. One ever feels his twoness,—an American, a Negro; two souls, two thoughts, two unreconciled strivings; two warring ideals in one dark body, whose dogged strength alone keeps it from being torn asunder. 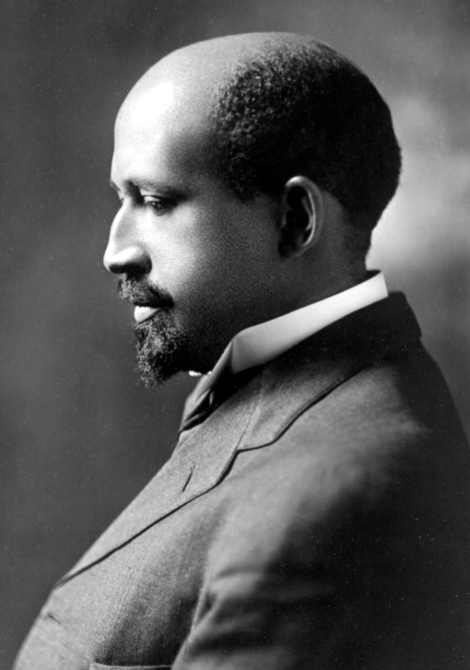 Though Prof. Du Bois was writing about being a black American, it’s easy to imagine identifying with the sentiment as a hyphenated American of any kind. Times have changed since the publication of this essay and one’s gender, race or sexuality tend to produce much more complicated reactions than just “amused contempt and pity”. Still, it’s a powerful sign of Du Bois’ influence that the vast majority of American citizens can understand– intellectually, if not emotionally– what it means to have two or more identities at once, and to have to live with them at all times.

There’s something about life after President Obama’s election (whatever you have to say about his policies) that makes parts of this essay appear anachronistic. While we’re certainly a long way away from living in a post-racial America, the fact remains that a black president was once the utopian fever-dream of civil rights advocates and that the way we talk about race is different given the man we now have in office.

Still, other parts of the essay feel astonishingly familiar. The first paragraph of the essay (quoted below) is a great example.

Between me and the other world there is ever an unasked question: unasked by some through feelings of delicacy; by others through the difficulty of rightly framing it. All, nevertheless, flutter round it. They approach me in a half-hesitant sort of way, eye me curiously or compassionately, and then, instead of saying directly, “How does it feel to be a problem?” they say, “I know an excellent colored man in my town”; or, “I fought at Mechanicsville”; or, “Do not these Southern outrages make your blood boil?” At these I smile, or am interested, or reduce the boiling to a simmer, as the occasion may require. To the real question, How does it feel to be a problem? I answer seldom a word.

Setting aside the theoretical and historical importance of the essay, Prof. Du Bois’ command on the English language is just glorious to behold. I have a certain fondness for the time in English literary history before Hemingway turned simplicity into a literary virtue and made poetic flourishes in prose writing just a little bit taboo. Along with Woolf, Nabokov and Ginsberg, Du Bois is on the short list of writers I go to when I’m in the mood for eye-stopping linguistic flourishes.