By Milly Sil
At Rutgers University

India is a country possessing rich cultural heritage and folk music has been an integral part of her culture. However, the folk singers of the Bengal region (West Bengal and Bangladesh), popularly known as ‘bauls’ (West Bengal) and ‘fakirs’ (Bangladesh), form a distinct cult. Their way of life and philosophy has attracted the interests of eminent scholars from as far as United States and Europe and from various academic fields including subaltern studies.

The essence of Baul songs and tradition is essentially a confluence of Hinduism, Vaishnavism, Islam, Sufism and Buddhism. Bauls are wandering groups of singers prevalent only in Bengal, and their songs embrace and preach oneness of all religion into humanism, universal brotherhood and also gender equality. It’s just like an estuary where different rivers meet and merge into the sea of oneness that is deeper, richer and more liberated. 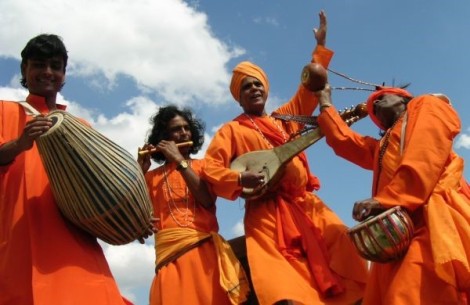 Lalon Fakir (1774-1890) is considered as the greatest forerunner and exponent of this unique culture and tradition. He was an unlettered man with no formal education, however, his compositions could illuminate the minds of even the most educated. Many facets of his life are debated and contested, including the religious identity of his parents. Lalon himself chose never to speak about his life. However, the folk legend goes that Lalon was born in a Hindu family. At the age of sixteen he goes on a pilgrimage where he gets infected with small pox. Assumed to be nearly dead by his folks, he was abandoned in the river Ganga. A Muslim woman finds him, cares for him and saves his life. Years later upon returning to his community, he was deemed an outcaste by his society as he had been living with ‘Muslims’. This incident is said to have changed the course of his life and led him to renounce his old world. 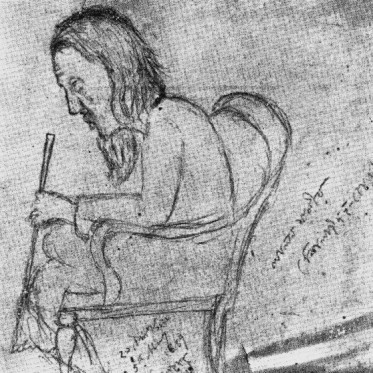 He had always been attracted to baul songs and was fascinated by their multiple layers and metaphors. For instance,

which literally means that ‘I have a car with two wheels, on top of which I have a three storied house’. This refers to your own body with two legs and your stomach, chest and head as the three layers. In your chest (heart) lies the treasure of gold, manush roton, or ‘man of heart’. This is the true essence of baul philosophy known as ‘Dehatattwa’ – the belief that the supreme being resides within the human body. The strong disregard of caste and religious divide is at the heart of this philosophical thought. Instead, at the core philosophical base lies the belief that the search for the supreme lies not in any temple or mosque, but in the human heart and humanity. Shiraj Shai, a folk singer of the village where Lalon was found, had been his mentor. Shiraj Shai had a deep intellectual, spiritual and philosophical impact in his life that is reflected in his compositions.

After Lalon was cast off by his culture, he began to live in a forest that later was known as his ‘akhara’ in Chheuriya village in Kushtia district in Bangladesh. He soon had many followers who were mainly outcastes from different religious societies, who desperately sought  political or religious freedom.

Lalon is said to have composed over 10,000 songs but only 700-800 of them exist, thanks to the oral tradition of his followers. The uniqueness of his songs not only depict deep rooted despise for caste, creed and religion, but also possess astonishing common sense values and gender equality. For instance, in one of his compositions he questions whether “one can visualize day and night by observing the sky, occurring due to earth’s rotation and this is the truth, but how many people have visualized God?”  Similarly he sings,

This states that people look for God everywhere, in temples and mosques and go on pilgrimages, but in reality ‘God’ resides right inside the human body and one does not need to search for it anywhere else.

Lalon also envisioned a society devoid of gender discrimination, a liberal society for women where they had the freedom to pursue their spiritual freedom as a priority. As evident in his words:

This translates to the question, “how long will you stay as housewife?”

Religious divide and politics continue to dominate lives of people even in contemporary societies throughout the world, together with gender discrimination and caste oppression. It is therefore astonishing to learn the vision of an unlettered man through his songs, on how he envisaged a classless and gender equal society, long before the birth of modern communism and feminism.

Milly is a Ph.D. in Social Sciences and is a former Part Time lecturer in Department of Human Resources Management in Rutgers University. Presently, she is a consultant with Citibank and is pursuing a career in Predictive Modeling with SAS. Outside her professional career, she believes in, and dreams of, a progressive society where peace and harmony and respect for fellow human beings, play a very important role, alongside research and scientific achievements. Therefore, humanism and humanist ideologies attract her interests. In this regard, the philosophy and ideological thought of the Baul-Fakir community of Bengal in South Asia, particularly the mystic Fakir Lalon Shah, fascinate her. She is dedicated to present the life and humanist philosophy of Lalon Shah to a wider audience and why is it important for everyone to know the mystic in contemporary world.

8 responses to “Humanism as a Way of Life: Lalon Fakir & the Baul Tradition of Bengal”