If the homes I have known sung hymns to me that unraveled with time, engendering me with reasons to be, how might I further use my ears to see. New experiences, difficult circumstances should give us lessons and call for reflection, requiring us to delve into ourselves continuing what should be a lifelong process. Growth is not a static process but one that requires tension, struggle, and disorientation. I came to Ghana expecting to change with the difficulties I faced, but in actuality as time has passed the more I come to see myself as I am here and the better I feel. I came to know this because I experienced culture shock before.

Chance encounters, a determined mother, and an unusually high score on one test in 5th grade, propelled an average kid from Brooklyn to the educational elite sphere of (white) New York private schools. This experience was life changing indeed but not in the ways my mother or I expected. Little did I know that through a sporty white dude from the Upper East Side, with a deep affinity for Nate Dogg would I get my most extensive and deep exposure to hip hop. The soundtrack of many car rides to school, visits to my birthplace of Ebbets Field, the underpinning beat to my entire life I only truly connected with at the age of 12 during a school trip to snowy mountains in Upstate New York. I had no idea how hearing a posthumously, retrospectively terrible, 2pac album would lead me to such a huge source of fulfillment and education. What was it about hip hop and that moment that drew me in? Was 2pac emoting beyond the grave resonating with me because I was alone and scared in a new place? Was the eternal question of what it means to be a (black) man so prevalent in his music, so much more urgent for me, then and on?

Loving hip hop also became a portal into much more. Now my ear was open to a wider array of sounds, the human need for expression, and the ultimate lesson of how observing and participating in it through exchange, and movement can help one realize their truest self. Tracing samples, identifying the different masks of bravado, and most importantly in feeling the beauty of the voiceless trying to be heard, hip hop helped me understand music, people, and creativity. In essence, how to find one’s self in a (audible, thumping) community.

Thinking of how I started this service year, what I decided to carry with me, what I decided to leave behind, I have learned a lot mainly that preparation is key. In the midst of making a big commitment to myself, an organization, and new community, I wanted to do well and feel well and meet the vastness of the expectations and possibilities of the work. All of that requires a fair amount of self-awareness and exploration. The question of who I am became more urgent. I had a certain understanding of myself and my adaptability, when I came to Ghana, almost hubris if you will. I assumed the lack of certain amenities would not bother me and I would experience mere inconveniences. A few days in, I realized I made a crucial error. My spiritual practice of listening to music to process, to inspire, to offer comfort trying moments was not available to me. I decided not to bring not one of the countless albums I accumulated over the years; the De La Soul, Outkast, Mos Def, or Homeboy Sandman albums that provided me refuge and sanctuary during difficult moments in my life. Pieces of me were miles away.

So I went into overdrive to discover those elements in Ghanaian music that I came to appreciate in hip hop music. This meant quizzing taxi drivers, stopping randomly in the street to accost youth on who they were playing, and diligently using my note pad to sloppily jot down songs and titles. It meant using rare speedy internet connections to research artists and albums. It meant sending my pen drives on moto bike rides to new friend’s houses, paying store shop owners money to download more songs (they gave me way too much Chris Brown by the way). A memorable moment was walking into a store in Bimblla and hearing a lyric that said ‘m borila bangsim,’ which in the local language of the north, Dagbanli, means ‘I want understanding.’ That group, BBH, which raps and sings in no less than three languages, is one of my favorites. Being able to pick out that line, and the exchange it produced with the store keeper for me was a significant memory early in this service year.

I also stumbled up a beautiful bluesy jazz ode to delaying a payment to your Akp3t3shi (locally made spirit) dealer because you know life is too hard, and there are too many worries and not enough money in A.B. Crenstil’s ‘Gon Pay You Tomorrow’ Its swing and swagger was reminiscent of New Orleans R&B like Lee Dorsey. Then there is Azizaa, who uses the bully pit of hip hop to challenge the predominance of religion and the role of women in Ghana. In her challenging wailing over hard hitting thumps and high hats, I hear her engaging her culture in a way that reminds of the protest music I fell in love with. It does not just remind me or resonate but continues a tradition, solidifying and expanding a global conversation. Another notable song I stumbled upon is by one of Northern Ghana’s renowned Reggae artists, Sheriff Ghale. The first verse of “Dimiiya”, which means it is difficult, translates along the lines of “it is really hard, (but) even if the sun is hot I don’t fear anything, I know it is God will.” In its humility, softness and the use God for support in living that is trying, you hear echoes of the character of Northern Ghana and its people.

A short cab ride in Tamale presented a never ending puzzle in the form of, of course, a song. Amakkye Dede, who might be called Ghana’s Marvin Gaye, was playing and I asked one of the other riders, a stranger, (cab rides are split, as cabs serve essentially as public transportation) what the song meant. She said, it’s kind of like when you travel you are like a kid because you don’t know the ways of the place you are but you figure it out. The name of the song? She didn’t know but her description would fuel a month long inquisition.

Wasn’t that me? Wasn’t I that child? Fast forward to now. Looking for the song, people knew not the least bit of what I was talking about. Some would recognize the themes and still not be able to tell me a name. Of course this gave me a great reason to visit Amakkye Dede’s bar the Abrantie Spot, you know outside of the great reasons of drinks and live music. I asked one of the musicians of the live band, who is, you know, paid to play among other popular Ghanaian songs, Amakkye Dede hits. There I was given three songs, which dealt with traveling and children. But he said something funny, “you know the first one is about death.” I felt like I would fail my search and I couldn’t write this blog. But at last when I was about to give up, someone tells me it is a traveler’s song, about a bird (or famous musician) who moves from place to place and doesn’t know where he is going to die. But he keeps living. Or maybe it’s like the childhood song, where the bird is an orphan and the crux of the parable is the community will still take care of him. Anyway I found the song- , maybe. It is pretty and it feels lonely, like ‘Sitting on the Dock of the Bay’ lonely, so it works nonetheless. The smiles it engenders when I mention it and the searching its keys reverberate with, surpass the inconvenience of not knowing the meaning of the words. 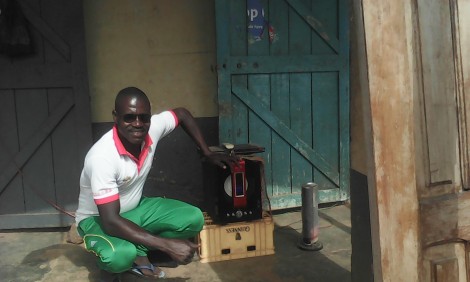 The HSC enjoys breakfast next door to a concrete seller with a wide range of musical taste from across Ghana. A Konkumba by tribe, the large geographical/cultural span of his sonic palette makes our breakfast that much sweeter. (Sweet in Ghana is all encompassing term for tasty or fulfilling).

In Yendi, the cultural capital of the Dagomba. I heard “Do for Love” no less that two times. So yes, someone has an affinity for posthumous 2pac songs too! Maybe they too are looking for the dispositions, insinuations, expressed desired that rhymes across borders, across continents, across languages- the rhythms that beat to all our footsteps, that feed and nurture the search we all are on. Maybe we are all like the hawk, who is constantly searching for food, obsessed with filling our emptiness, struggling to accept the help of those around us.

To look lost, to search, to build ourselves once again. It is through that usually painful, sometimes solitary process, we realize we may find ourselves in the most unexpected of places. But it takes work presence and intention on our part. It takes peering into others, into our past paths where we have a wealth of clues, experiences, and relationships to inform our new steps toward a new path. Search for you continuously, get up and go, just make sure you pack right and if you do not, pick up the pieces real quick. The hawk is not looking for a place to die, but rather a place, a way, to live. 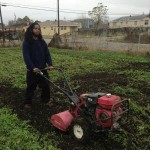 Christian Hayden is an Ethical Humanist living in Philadelphia, Pennsylvania but born in Brooklyn, New York. He is an educator and avid Hip Hop fan, and considers relationship-building and encouraging the pursuits of the human soul to be holy endeavors. Christian’s journey to the Humanist Service Corps originated in his desire explore humanism, as well as pan-africanism, and a six-year-strong personal commitment to pursue justice. When describing HSC, Christian likes to use the term ‘humanist pilgrimage;’ such a description resonates with Christian because it explicitly ties the depth of doing service to a greater, intentional spirituality, which is given further meaning in the context of forming a global community.

One response to “Audio Hawk – Finding Ghana and Myself”