I’ve been working as a lifeguard every summer for the last five summers. It gives me a lot of idle time to think about things. It also gives the sun a lot of time to roast my brain, which makes it hard to think about practical things. So yesterday, in the punishing mid-day heat, I found myself thinking about my first A.S article–on philosophy’s place in science. But what about philosophy’s place on its own? Are there any interesting philosophical questions worth thinking about today?

The answer is a strong, echoing “yes!” as you’ll see in this series called Lifeguard Lollygagging. This first installment is about one of the most famous problems in all of philosophy, the mind-body problem.

Let’s start with the sun. The sun is big and hot and gives out a lot of energy. Some of that energy is merciful enough to travel to our little planet in the form of Electromagnetic (EM) Waves and warm us up. Without those EM Waves there would be no green grass or blue skies. So EM waves are great, right? Right. Well, partially right—keep in mind humans are a finicky bunch. Too little sun and we become pasty and risk depression and Vitamin D deficiency; too much sun and we risk cancer and heat stroke. But somewhere in between, in front of my lifeguard stand, the EM Waves start to cook your brain. Gently cook it, I mean. Nothing serious. But the effects are easily seen: sluggishness, drowsiness, lowered reaction time, etc. As a lifeguard, accidents tend to happen to people with cooked brains.

At this point remind yourself that EM Waves are totally physical things. Their mathematical details were worked out in the 19th century by James Clerk Maxwell, Michael Faraday and many others. So how is it that these totally physical things from the sun somehow impact the mind, if the mind is unphysical? The conclusion we’re forced to is that the mind must be, at least in part, physical. Either that, or EM Waves are unphysical in the same way minds are unphysical. And they interact somehow with some mysterious unphysical laws of physics that we’ve yet to discover. But that doesn’t seem very likely.

So we’re left with the first inklings of what Francis Crick (of DNA fame) called the “Astonishing Hypothesis”: the idea that you,

Your joys and your sorrow, your memories and you ambitions, your sense of personal identity and free will, are in fact no more than the behavior of a vast assembly of nerve cells and their associated molecules.

This belief is loosely called materialism. The white to materialism’s black is called dualism. Wikipedia informs us that “dualism is a view about the relationship between mind and matter which claims that mind and matter are two ontologically separate categories. Mind-body dualism claims that neither the mind nor matter can be reduced to each other in any way.”

As a lifeguard I have to believe in materialism to some degree. If I didn’t, why should I rescue someone from the bottom of a pool? If the mind and brain are separate, cutting off oxygen from the brain shouldn’t impact the mind. But, alas, it does. And it’s not pretty.

There are other, more convincing, reasons to be a mind-materialist. If you look at the data for people with traumatic, localized brain injuries long enough, you start to see a pattern. Injuries in specific brain areas correspond to changes in specific mental functions. In fact, that’s how famous cortical lumps such as Broca’s Area and Wernick’s area were found—from studying the effects of brain lesions. The most famous example though, the one quoted in the opening chapters of any and every neuropsychology book, is that of Phineas Gage. He was a rail-worker who had a steel rod backfire into his skull, taking a good chunk of his left frontal lobe with it. Gruesome as the accident may have been, Gage walked away from it more or less unscathed—expect for his personality. Pre-accident Gage was allegedly hardworking and gregarious; post-accident Gage was

“fitful, irreverent, indulging at times in the grossest profanity…manifesting but little deference for his fellows, impatient of restraint or advice when it conflicts with his desires, at times pertinaciously obstinate, yet capricious and vacillating, devising many plans of future operations, which are no sooner arranged than they are abandoned in turn for others appearing more feasible.”

19th Century physicians were naturally eager to conclude that—aha!—the left frontal lobe must deal with future planning and personality control. While one case study isn’t enough to make that kind of conclusion, further (more careful) research has actually supported the idea that the frontal lobe is crucial for planning and control.

It is at once terrifying and awe inspiring to think about brains. How is it that you–and all the multitudes contained therein—are embodied in a mere three pounds of meat-stuff? The answer is “nobody knows.” And not from want of trying.

All across the country, from MIT to the Allen Institute, people are working feverishly to crack this problem open. It’s a highly interdisciplinary effort, as you might expect. Neurologists, biologists, mathematicians, computer scientists and physicists all joining forces with the linguists, the psychologists, the philosophers, and even the musicians to figure it out. And it’s all in the name of one day reverse-engineering the mind.

But OK—so what? One day we’ll (hopefully) make a mind. And then? It doesn’t help with the existential dread that often accompanies learning that the whole of your mental life is produced by your brain. At least that was my initial reaction upon first reading Sagan’s Dragons of Eden six years ago. But I’ve come to see it differently with age. I now find it reassuring to know that everything going on in my mind has a neurological origin. For the simple reason that: if it is understood, it can be addressed. Everything, from addiction to loneliness to love and joy, has a physical and comprehensible origin. 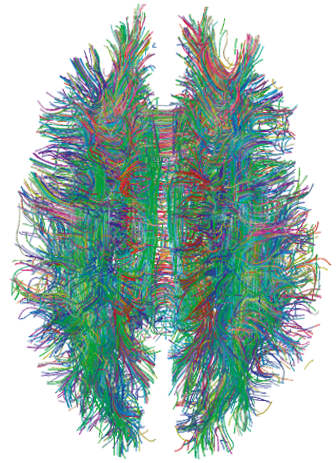 The future looks bright for brain-science. People have been saying for years that the 21st century is the century of the brain, and I think they’re right. We’re just starting to see the first heartbeats of brain-machine interface in the form of neural prosthetics and implants. We’re mapping the brain in resolutions and detail never before dreamed of. We’re working out the mathematics of real neural networks. The benefits to medicine in particular and humanity in general will be immeasurable.

But what about the mind-body problem?

I started this post asking about philosophy’s place—pure philosophy’s place—in the world. Somehow I left this topic and started talking about science. I didn’t mean to do that, but it’s fitting. It recapitulates the historical path the study of mind-brain took. As with most intellectual subjects, philosophers got to it first. After a while though the philosophers got bored and handed it off to the scientists. It happened with physics, chemistry and biology. And now it’s happening to the brain/mind sciences.

In my next post for this mini-series I’ll examine a topic that probably (hah!) won’t ever be resolved: the problem of induction.

Leo Kozachkov is an undergraduate at Rutgers University, studying physics and mathematics. Inside of science, he is interested in statistical physics; outside of science, he is interested in literature and education reform. He enjoys writing, making music, going on long walks with his beloved dog, and reading/hoarding books. His grandest hopes are to discover a new physical law and to write many books.

One response to “Lifeguard Lollygagging Pt 1: The Brain as Mind”