In America, and indeed worldwide, death is an abstract that lingers at the periphery of waking life until its reality comes crashing down. Though many of us see depictions of death and dying in film and television, through literature and stories, and hear reports of devastating losses worldwide on the news, the reality of dying is an intense, visceral, and deeply personal experience. Dying neither follows an archetypal script, nor does it comport with portrayals of the “good death” popularized in media and art. There is no preparation for its realities. 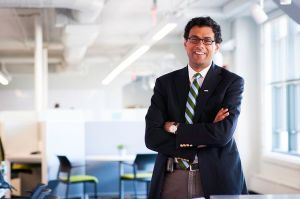 Atul Gawande—a Harvard-trained surgeon and author famous for his popular essays on medicine and his commitment to improving medicine as both a practice and cultural dialogue—addresses what happens when the realities of death come crashing into individual lives in his new book Being Mortal: Medicine and What Really Matters in the End. Told through eight chapters, Being Mortal focuses both on various depictions of death and dying that have profoundly shaped Gawande’s views on the subject, and details what professional interventions are necessary to improve the quality of end-of-life care in American medicine.

At its core, this book engages the disconnect between the abstract and the actual of mortality, with a focus on ascertaining what makes life meaningful for those facing its end. Importantly, unlike many practitioners in the medical profession who reach Gawande’s level of recognition, Gawande himself is not focused on life-extension, but on improving well-being. This focus allows him to weave together ethnography and memoir to offer an accessible and gentle critique of the Western socio-medical approach to death and dying that emphasizes prolonging life over the well-being of those facing its end. In describing his early experiences with death, Gawande writes

I learned about a lot of things in medical school, but mortality wasn’t one of them. Although I was given a dry, leathery corpse to dissect in my first term, that was solely a way to learn about human anatomy. Our textbooks had almost nothing on aging or frailty or dying. How the process unfolds, how people experience the end of their lives, and how it affects those around them seemed beside the point. The way we saw it, and the way our professors saw it, the purpose of medical schooling was to teach how to save lives, not how to tend to their demise.

In many respects, Being Mortal is a personal reflection of a doctor learning to tend to demise. For Gawande, it is paramount that he depict not only the uncertainty of how one will die, but the disconnect between the peripheral expectations of the good death and the array of experiences people face at the end of life. He contrasts his grandfather—who lived to be 110, in India, in a multi-generational household that assured his care and social role was firmly rooted in his social-familial lifeworld—with his wife’s grandmother, whose experience in old age was marked by a contraction of agency, with her activities being more and more limited under the banner of “safety.” He discusses how personal assumptions about hospice were challenged during his father’s death, where he saw firsthand how the hospice nurse transformed his father’s last days into an experience rich in meaning and purpose.

The Power of Dialogue

Much like his previous works, Gawande is focused on discovering methods of amelioration, on improving current medical practices with simple, accessible interventions and approaches. What measures can and should be taken to make the experience of dying less painful, both physically and emotionally? Gawande’s observations point to solutions that are surprisingly simple, and dialogue is paramount among them. Through both his case studies and his reflections, Gawande emphasizes not only the importance of doctor-patient conversations about end-of-life care (what the patient wants, what she is willing to risk, what she is most afraid of), but the transformative power of these dialogues “One basic mistake is conceptual. To most doctors, the primary purpose of a discussion about terminal illness is to determine what people want—whether they want chemo or not, whether they want to be resuscitated or not, whether they want hospice or not. We focus on laying out the facts and the options. But that’s a mistake.”

Underpinning this issue of dialogue is a distinct sense that the medical community is, on some level, aware of the transformative power of dialogue, aware of the vast improvements dialogue can make on patients’ lives. Gawande shares a particularly sobering account of research conducted at the University of Minnesota. The experiment

Identified 568 men and women over the age of seventy who were living independently but were at high risk of becoming disabled because of chronic health problems, recent illness, or cognitive changes…The researchers randomly assigned half of them to see a team of geriatric nurses and doctors…The others were asked to see their usual physician, who was notified of their high risk status. Within eighteen months, 10 percent of the patients in both groups had died. But the patients who had seen a geriatrics team were a quarter less likely to become disabled and half as likely to develop depression. They were 40 percent less likely to require home health services. These were stunning results.

Gawande’s inclusion of these studies—as well as anecdotal evidence supporting the benefits of open discussion surrounding morbidity and mortality—is not meant to scare, but to assure, to show that even in the twilight of life, there is hope and comfort and purpose to be found. He contrasts this with the medical-cultural narrative of death as the ultimate loss to be prevented at all costs “Death is the enemy. But the enemy has superior forces, Eventually, it wins. And in a war that you cannot win, you don’t want a general who fights to the point of total annihilation….the damage is greatest if all you do is battle to the bitter end.” 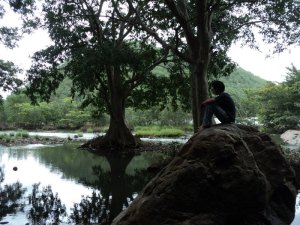 Ultimately, Being Mortal is a vital book, one that weaves ethnographic, autobiographical narratives together to present a concise and tangible discourse on a difficult and discursive subject. Moreover, Gawande’s writing reflects a kind of second education, a transformation of a skilled practitioner’s understanding of not only death and dying, but on the myriad of roles any one of us plays within the experience. Gawande’s focus on dialogue leads to the possibility that there is not a singular “good death” that we should all aspire to, but that the reality of our pluralistic lives and beliefs means it is up to both doctors and patients to determine what dying well means to the individual, and to bring as much of what constitutes that wellness into the patient’s lifeworld. It is only through the conscientious understanding of this complexity that we can better serve others in their hours of need

In the end, people don’t view their life as merely the average of all its moments—which, after all, is mostly nothing much plus some sleep. For human beings, life is meaningful because it is a story. A story has a sense of a whole, and its arc is determined by the significant moments, the ones where something happens. Measurements of people’s minute by minute levels of pleasure and pain miss the fundamental aspect of human existence. A seemingly happy life maybe empty. A seemingly difficult life may be devoted to a great cause. We have purposes larger than ourselves.

Meghan is a Masters of Divinity candidate at Harvard Divinity School, where she studies bioethics, humanist philosophy, end-of-life care, and health policy. Her research focuses on the disconnection between ethics and technologies, assisted suicide, and other cheery subjects. Her interests include creative writing, swimming, language philosophy, medical sociology, and coffee. You can check out her books at Empty City Press, find her on Facebook, and follow her on Twitter @monocrescent.