In my last post, I discussed the stories of two people, Alan Chambers and Patty Wetterling, who did one of the hardest things a person can do: They changed their minds on issues they cared very deeply about.

Changing our minds is hard. There are many reasons why this is so; entire books* have been written on cognitive dissonance alone. I’m not going to discuss those reasons today.

Instead, I’ll take it as a given that you have some incorrect beliefs right now, and will want to change your mind about them later. But how can you be sure you aren’t right about everything? And how can you accept being wrong, when most of your brain is trying to convince you otherwise?

You probably aren’t right about everything 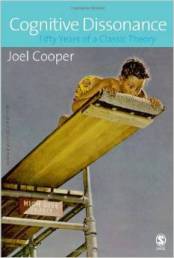 I assume that you agree with the title of this section. But there’s a difference between agreeing with a statement and having a more visceral sense of its truth.

For example: From the ages of 13-16, I spent a lot of time arguing with people on this political forum. I changed my mind a few times in the process, but by the time I left the site, I was pretty sure I’d found the “correct” side of every major political issue, even though I never had that thought explicitly.

Now, I’m a bit more rational. I realize that I have wrong beliefs, and I try to keep the following quote in mind whenever I start to feel too self-assured.

“Do you have any opinions that you would be reluctant to express in front of a group of your peers? If the answer is no, you might want to stop and think about that. If everything you believe is something you’re supposed to believe, could that possibly be a coincidence? Odds are it isn’t.“ –Paul Graham, “What You Can’t Say”

There was a time when I had no such opinions. I do now, but I’ve replaced “a group of my peers” with “myself, ten years from now”. I doubt my beliefs will be static over the next decade, and most of the changes that happen will probably be in the direction of correctness – so what am I wrong about now?

And how about you, reader? What do you believe that you’d be reluctant to tell your friends? Or that you suspect you might not believe ten years from now?

If the answer is “nothing”, why do you think that is?

How to actually change your mind

I’ve stolen the title of this section from Less Wrong, a blog that offers an excellent series of essays on the topic. I highly recommend them, but I’m also going to summarize some of the practical advice right here and now.

Less Wrong features rationalist “litanies” – mantras that emphasize the importance of holding accurate beliefs. For example, there is the “Litany of Gendlin”:

These are useful tools, and I’d recommend adding them to your daily affirmations if you’re a daily-affirmations person. But in my experience, actually doing things is the best way to build new habits – and changing one’s mind should be thought of as a habit.

With that in mind, here are some techniques to practice in your daily life:

1. Admit that other points are good

This technique is my personal favorite, because I’m very bad at doing this. When someone brings up something I’ve gotten wrong, my first thought (and often the first word out of my mouth) is “but”. I curl up like a porcupine, stick out my spines, and hope that I’ll be stubborn enough to scare away my enemy.

But that’s nonsense! As Massimo Pigliucci points out, a good conversation is not a pitched battle; it is a collaboration between two partners searching for truth.

Next, explain, to the opponent or to yourself, why you thought that point was good.

But Aaron! What if they’re totally wrong and their point sucks?

So what? Unless they’re at the level of “the sky is green” there should at least be a good point hidden inside their point, waiting to come out. Try to respond to the most charitable interpretation of what they are saying – that is, the hidden good point. 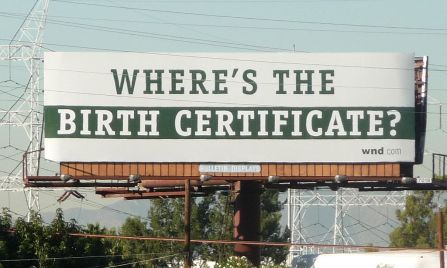 I guess… at least they’re showing an active interest in politics?

(Some people call this “steelmanning”, and it can be a lot of fun once you get used to it.)

2. Read things you disagree with

Blogs and websites from the other end of the political spectrum. Articles and books written from a religious point of view. The more you disagree, the harder (and more rewarding) this exercise will become.

If you see something illogical, try to think through what your opponent might have intended to say. After all, they’re probably pretty smart – and like any of us, they don’t always express themselves in the most convincing possible way.

When you see an especially good argument, or a specific factual claim, stop to think about it. You don’t have to agree with the author completely. But if they’ve stated a fact you didn’t know or a position you haven’t heard expressed in quite the same way before then – it might be worth adjusting your beliefs after you take in the new information.

And if none of the intellectual material you read is convincing enough to shift your beliefs, isn’t that a good reason to read something different?

Some things I’ve enjoyed reading from this perspective: Atlas Shrugged, The Reason for God, The Machinery of Freedom, and on the liberal side, my subscription to Harper’s.

3. Note your changing beliefs in a journal

Whether or not you already keep a journal, it can be interesting to write down your most recent changes in belief at the end of each day.

When I look back at my own journal, I see that I’ve recently changed my mind about:

None of these were major changes, but they were real.

When we’ve held beliefs for a long time, we have a tendency to return to them – even after we’ve started to feel differently. Keeping a record of one’s changing beliefs can mitigate this effect.

4. Make testable predictions about your beliefs

This technique is a little more abstract, but might be fun for serious news junkies. PredictionBook lets you make predictions and set a date on which you’ll have to judge how correct you were. If you’re certain that a new economic policy will bring prosperity, or that a certain gun-control law will increase the crime rate, this is the place to test your instincts (albeit on a rather long timescale).

Some beliefs might be hard to test – for example, that human nature is intrinsically good (or evil). I have some of these beliefs myself; I try to remain conscious of their uncertain truth-value, and to minimize their influence on my behavior.

(There are certain ‘hard-to-test’ beliefs that often have major effects on behavior, but if you read this blog, you probably know what I’m talking about already, so I’ll say no more.)

5. Congratulate yourself when you succeed:

I’m not kidding about this stuff being hard. When you feel your beliefs start to shift, don’t fight it. Smile. Eat a piece of chocolate. Close your eyes, open them again, and think to yourself:

“I see the world a little differently than I did before. But it’s not the world that changed. The world has been the same this whole time. I’m the one who has changed — and hopefully, for the better.”

After my last article was published, one commentator argued that it is just as dangerous to change one’s mind too frequently as to not change it often enough.

In the abstract, I agree, and I can think of certain real-world examples – many of which involve politicians rapidly altering their “beliefs” to keep up with opinion polls. But in general, I think that certainty and dogmatism are greater threats to our happiness than waffling and wishy-washiness, even if that isn’t the case for all people.

5 responses to “How To Be Wrong: Changing Our Minds, Pt 2”