What obligations do we have to the worst off among us? Thomas Pogge, Leitner Professor of Philosophy and International Affairs at Yale University, recently lectured at Rutgers on just this question. In providing his answer, he made three main claims: 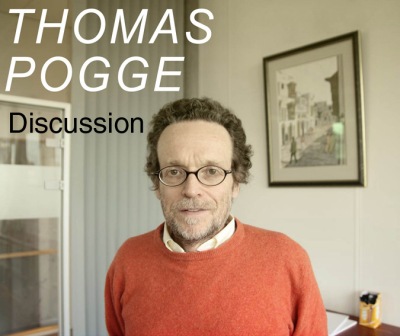 Let there be no seeming sleight of hand – this is not meant to be anything like a deductively valid argument, but instead a mere characterization of particular line of thought that I take Pogge to endorse. Without much else said, these claims may appear opaque, so let’s elucidate them further.

Let’s begin with the first claim. By negative duties, Pogge means duties not to harm people, which we might contrast with positive duties – duties to benefit people.

Of course, there may be a trivial, straightforward sense in which many of us think we have such negative duties to those in abject poverty. That is, surely no one thinks we should just go around shooting poor people or exposing them to unnecessary risks. Accordingly, it should come as no great surprise that we have obligations not to harm people in poverty; they are people after all and should be afforded a similar moral status to the rest of us ‘rich people’.

This is the simple line of thought that Pogge is relying on in his argument for the claim that we owe reparations to the poor. If he can show that we are in fact harming the global poor or that our actions are keeping them in poverty, then he can make his second claim.

Are We Failing to Not Harm?

Much of Pogge’s work on global poverty is concentrated on defending the second claim: that we are failing to maintain our negative duties, i.e. doing what we shouldn’t do. It is, in a way, the essential premise of his argument.

So how does Pogge go about attempting to defend this claim? He argues that the current constellation of international institutions are constructed in such a way as to benefit the affluent at the expense of the global poor. One such institution is the current patent law for medicines. Pharmaceutical companies are allowed short monopolies on new medicines that allow them to mark up said medicine to prices that the global poor cannot afford. With out these patents, generic companies could come along, reverse engineer the medicine, and sell it at it just above cost of production to those in abject poverty.

By allowing for these monopolies on pharmaceutical innovations, we might actually be complicit in the deaths of those who could have been saved had they just had the medicine available to them at an affordable cost. Of course, most of us aren’t the ones who decide to sell the medicines at prices too high for the global poor to afford, but it is true that as members of democratic nations, we are in part responsible for the consequences our system of institutions has on others.

There are of course other examples throughout Pogge’s work, but this capably serves as an example of how certain international institutions harm the global poor. If they do harm the poor and we are in some way responsible for their existence, then we may be failing to live up to negative duties we have to the poor, namely not harming them.

When people fail to live up to their duties not to harm some other group, it is often claimed that these people owe some form of compensation or reparations. This makes sense. If you harmed someone, you should try to make up for it – especially if you were in some way the beneficiary of harming the other. At least on their face, much of criminal and tort law seems to be guided by this thought. So, much like the first claim, Pogge is not necessarily making an outlandish or contentious assertion. Therefore, if you accept his more contentious second claim – one that he does better justice to than I.

The more pertinent question at this point is what form should these reparations take? Effective Altruism groups like Giving What We Can, contest that we ought to give significant portions of our annual pre-tax income to the most proven cost-effective charities. They value transparency and evidence that the global poor are being made better off by the money donated to a particular charity. While these are certainly important considerations, Pogge would contest that reparations need to be made on a more systemic level. We should either use funds to implement private institutions that will benefit or stop harming the worst off in the world – an example being the Health Impact Fund, or spend money on lobbying the government to enact laws that might cause significant systemic change.

Pogge leaves us with much to ponder, but more importantly, a call to action. If we benefit from a set of institutions that harm those who are so poorly off, then we have duties to restructure our institutions as to help these people finally get out of poverty. In other words, it is a matter of justice, not charity that we help the global poor and anything short might be a crime against humanity.

2 responses to “Do We Owe Anything to the Poor? Rutgers’ Event w. Prof Thomas Pogge”