The recent persecution of atheists in Muslim-majority countries like Indonesia, Pakistan, and Bangladesh has prompted some hand-wringing and mild-mannered protests in secularist communities. Nonbelievers, as a rule, just don’t think of themselves as part of a global community of nonbelievers, or at least not enough to provoke revenge violence. As a result, atheists have largely outsourced the legal advocacy work around these cases to human rights NGOs like Amnesty International and Human Rights Watch. However, there is little that such groups can do within the existing framework of laws, and the atheist cause is simply not sexy enough to inspire reforms towards laws like in China that protect the right not to believe in religion. After all, some bloodthirsty Communist government bulldozing your grandmother’s church: this image does well to lubricate our tears. The tragically hip artist in the city café, denying God between smug sips of red eye and Nietzsche? Her human rights are acknowledged only begrudgingly, if at all. 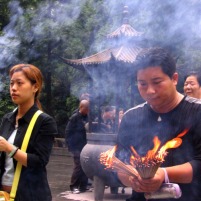 But the problem is less superficial than one of marketing: it is the language of the law and the way that we frame the issue of “religious freedom” that values any religion over no religion, and which denies a space for unbelief in global civil society.

The highest appeal which non-governmental organizations can make against religious persecution is to Article 18 of the United Nations’ Universal Declaration of Human Rights (UHDR), to which all national laws and international treaties must comply. The complete text of the article asserts that:

Everyone has the right to freedom of thought, conscience and religion; this right includes freedom to change his religion or belief, and freedom, either alone or in community with others and in public or private, to manifest his religion or belief in teaching, practice, worship and observance.

Although the Declaration does not explicitly condemn atheism, neither does it protect a human being’s right to excuse himself or herself from compulsory religious practice. Consequently, when atheists fall victim to mob violence compounded by deficient legal protections, there is no international legal recourse for them.

Searching for the strongest national protection for atheists in law, no safeguards compare to that in the Constitution of China. The 1975 Constitution, which differs from the now-effective 1982 version only in concision, states that

In practice, to borrow an analogy from Thomas Selover, the government in China treats religious proselytization like secondhand smoke: You are allowed to smoke, as I am allowed not to smoke. But in the public square, please do not take out your cigarette, because we all enjoy the freedom to breathe clean air. For those who currently push the boundaries of religious freedom, such as the Westboro Baptist Church, this approach might seem like an essential loss of liberty. But for the rest of us, such a law only codifies the best practices of modern multicultural society, which has increasingly come to understand proselytization as aggression. 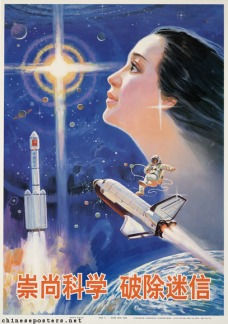 The good news is that the freedom not to be subjected to public religion does not merely confer aesthetic benefits. It also strengthens the public health, the public order, and the public education infrastructure.

1. Pro-Science Advocacy.  In the 1990s, an explicit challenge to the public and indeed world health came to China in the form of a “healing cult” called the Falun Gong. Unchecked for years, the Falun Gong promoted its healing magic to millions of subscribers while discouraging devotees from consulting secular physicians. Ultimately, the group was undone by its foray into national politics in 1999, but its continued media activism and appeal outside China strikes a cautionary tale for governments that fail to intervene against dangerous pseudoscience. America’s decades-long struggle with disproportionately  high rates of teenage pregnancy is no doubt related to religious opposition to contraception and abortifacents. China’s refreshing, muscular approach to disseminate pro-science propaganda could see a rapid increase in public health outcomes here.

2. Limits on International Lobbying.  While the US constitution prohibits the establishment of a state religion, China’s constitution more narrowly addresses the rights of individual believers. Both approaches are well within the bounds set by the UHDR, but China places less restrictions on its government to regulate religious bodies. As a result, the largest state-supported religious organizations in China identify as “patriotic”: in effect, the Chinese Patriotic Catholic Association appoints its bishops indigenously, rather than by phoning home to Rome. These Catholic leaders pledge to uphold Chinese law, rather than to propagate the Vatican’s idea of good government (which at one point included Fascist Spain). Religious interference into politics—like the Washington state diocese’s panhandling for antigay ballot initiatives—could not happen in China. There, not only are the rights of individual believers protected, but also the rights of nonbelievers are protected, since nobody suffers the consequences of politics organized from within the pulpit. 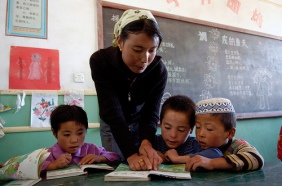 The children of believers attend the same schools as everyone else. Credit: World Bank, CC-by-nc-nd

3. Religion Becomes a Heartfelt Choice.  The idea of a freedom not to believe in religion has particular implications for children, who society deems worthy of special protection. In protecting the freedom not to believe, China’s education law separates religious education from compulsory state education, while allowing for parent-to-child transmission of religious values. Far from destroying religion, many adults who already learned about world religions in state school still choose to study theology at the university and graduate level. In contrast to America, where pews remain open to all but unfilled due to dampening enthusiasm, many Chinese are excited upon reaching the age of majority to become officially inducted as Daoists, Protestants, or Buddhists. While protecting children from forced observance may ultimately reduce the ranks of the faithful, the overall quality and commitment of believers actually increases. This change should be appreciated by both religious leaders and child welfare advocates.

Realistically, legal reforms to safeguard citizens’ choice of no religion will be resisted by those whose power it threatens. Individual religions set their own criteria for membership and excommunication, so to interfere with this process by making it safer to jump ship is a direct interference with the religion’s internal system of rewards and punishments. But a new kind of diversity has emerged in America that deserves respect: as of 2012, “One-fifth of the U.S. public – and a third of adults under 30 – are religiously unaffiliated today”. The lucky presence of a liberal democratic culture, as well as the absence of powerful religious fundamentalists, protects atheists and agnostics in certain areas and for now. But as our ex-Muslim brothers and sisters demonstrate, the lack of a universal right of unbelief to which all humans can appeal can prove deadly, perhaps closer to home in the not-so-distant future.

Any attempt to dismantle the tyranny of organized religion over nonbelievers will bring out the wolf-criers of “Communism!” But this time-tested hatred contains the seed of its own destruction. After all, if the Soviet Union was wrong to restrict free commerce from Monday through Sunday, then why is Bergen County, New Jersey not also wrong to restrict free commerce on the Sunday sabbath? The fundamental issue of freedom – whether it’s from the power of the state, or from the power of the church – is the same. But the lesson from China is that to decrease the unelected power of religion over healthcare, education, and politics, reforms will have to leverage the increased power of the state. The test for America is whether it can handle an expansion of the power of democracy, at the expense of our comforting, authoritarian traditions.

10 responses to “Why we Need the Freedom Not to Believe: Lessons from China”