How do we ‘go about’ learning?  Well one of the ways we can answer this is relatively straightforward.  There are tons of methods we can use.  Reading books and absorbing lessons from others who already know a lot is one of the best methods, especially for academic subjects like sociology or chemistry.  However, for some things, firsthand experience is also a required ingredient.  You learn different bits and pieces and new angles on, say, Turkey’s current political system when you actually go to Turkey and live there for a year.  Similarly, learning how to fix an engine is more visceral and easier to understand when you literally get your hands dirty.

But there is another way to interpret the question “How should we go about learning?”  When there are so many different scientific and political perspectives on a single question or when competing religions all claim to be true, how is someone supposed to go about trying to figure anything out?

This ‘ideal investigation’ also doesn’t get at the idea of competing explanations.  Ideally I’d devote my life to studying Christianity to learn about Christianity and similarly devout my life to studying Buddhism to learn about Buddhism.  But what if the question is “Which of the two, if either, is right?”  They make lots of contradictory claims and can’t both be true.  And if religion is just about a feeling of oneness or flourishing, etc the nthe question remains.  Maybe not which is ‘right’, but which is ‘better’, or better for me?

My Story & the Problem

So here’s a little bit about my own story.  I grew up Christian, like really Christian: the literal Six Day Creation and homosexuals-choose-their-lifestyle kind.  In college I initially started studying other religions and secular philosophy in order to master them and eventually convert others.  That goal however was quickly washed away as I started to realize that all of these other faiths and worldviews had their own brilliant apologists and writers too.  These views were sophisticated, detailed and directly addressed basically all of the arguments I thought were pretty knock down.

My first serious lesson was: this shit is really, really complicated.  I had literally spent years reading books, visiting places of worship, talking to everyone I could and so on and had barely scratched the surface.

My initial reaction to this was confusion.  And a little bit of despair.  How do we go about learning about these things?  How can we in any way go about responsibly forming our own worldview when even getting a superficial glance at just a few versions of just a few of the major religions or political platforms is so incredibly difficult and time consuming?

So now what?  If I have to come to some kind of decision, even if its apathy, and an ideal investigation means enormous amounts of difficult and time consuming ‘research’ – whether it’s prayer, fasting, meditation, visits to places of worship, studying books, listening to preachers and imams, etc – how does one go about responsibly picking one, or some combo, of them??  There will always be more arguments for the side I reject that I will never physically be able to look into at all.  There will always be more sects that don’t believe the version of the religion that I’ve studied.  There will always be some place short of the ideal that I’ll have to stop in my research.

For my own story this is about religion.  But it plays out jus the same in politics.  In the US there are a million complex issues about incredibly important topics – taxes, abortion, gay rights, humanitarian aid, welfare, healthcare, etc – and we inevitably need to take some stance on them, whether it’s pro, con or apathy.

My Answer, or ‘How to Figure Shit Out’

So how do you answer questions that need answers but can’t be ideally and laboriously researched?  One simple word I try to keep in mind: Consistency.

Let’s take books as a metonym for the various kinds of methods of research one might try in their investigations.  Personally I think books are an ideal example because they’re probably the biggest part of any kind of investigation and are both physical and easy to bunch together to compare. 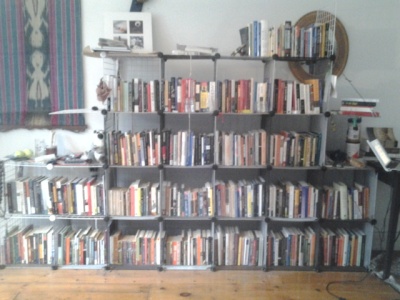 So in order to responsibly choose between competing explanations, create a library where the kind and degree of research you invest in one perspective is consistently given to each other perspective.  We can only do so much, so we should fairly spread out your time and give each voice a chance to be heard.

So when I look up to my own library – a physical representation of everything I’ve fed into my brain – the way I know that I’ve responsibly gone about answering questions about religion, politics, etc is that I’ve given each view it’s fair chance.  I’ve consistently and evenly pursued the attacks, defenses and ripostes of the various debates back and forth.

So there are two things I mean by a ‘fair investigation’ that leads to a ‘responsible choice’.

First, you need to investigate each side to a comparable level of strength or sophistication.  When you do so, then it is not the case that you have merely chosen the side for which you’ve learned the most detailed and strongest arguments.  For instance, I have a lot of friends that have read tons of books on Christian apologetics and maybe one, or none at all, on Muslim apologetics.  So while they have sophisticated arguments to defend against Muslim questions about Christianity, they themselves make superficial and ignorant jabs at Islam.  They simply aren’t aware of the sophisticated responses Muslims also have.

Second, you need to be consistent in the kinds of methods you use.  In books that might mean that if you’re reading about Christianity from Christians then you should read about Islam from Muslims.  I have a few friends who boast that they can honestly rule out Islam because they’ve ‘studied it’, but yet have never stepped into a Mosque, attended a halaqa or read a book by a Muslim apologist.

But why are any of the particular methods of studying Islam that I list necessary?  A good test of the ‘kinds of methods’ that you should use is to reflect on how you would help someone who wanted to learn about your faith or political stance.  If you’d take them to church and give them your holy book to read, then by your own standards to learn about other faiths you need to minimally visit their places of worship and read their holy books.

But what about conspiracy theories and cults?  Of course some of these should obviously be avoided and not given their fair share.  I’m not saying spend equal time on everything.  The competing views I’m talking about are ones in which we regularly find a number of honest and reasonable people believing them.  And despite the views we paint in politics and religion, we can find these kinds of people in all of the major parties and faiths.

Given the above argument I propose a kind of Turing Test to judge if an individual – yourself or others – are being responsible in their choice of worldview, politics, or whatever else. 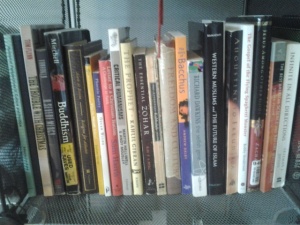 If you walk into their house and their books are all from Sarah Palin and Ann Coulter about the evils of Democrats, then they aren’t reasonable either in their support of Republicans or their comments on Democrats.

But, if their books are full of Democrats, Republicans and Moderates, then you should respect their vote, even if they’re voting for the other party.

If you walk into their house and their books are all from Richard Dawkins and Sam Harris, then they haven’t been responsible either in their choice of atheism or their decision not to follow any other faith.

However, if their bookshelf has Buddhist, Christian, Hinduism, Muslim, Humanist and atheist authors, then no matter what they decide and their faith ends up being they’ve reasonably and responsibly come to it.

Of course investigating different views more is the ideal we should all strive towards.  But time constraints make that this ideal physically impossible.  Responsibility in our choices, I think, therefore comes from honestly and consistently investigating each of the options before us, giving them all their fair share and chance.

4 responses to “An Ideological Turing Test, or How to Responsibly Think about Religion & Politics”